A fixed rate or fixed term mortgage is a common type of mortgage scheme where the rate of interest is fixed (and so you know your payments will not change) for a defined period of time.

Fixed interest rate mortgages tend to be offered in 2, 3 & 5-year terms but market forces and the lenders trying to offer competitive products can lead to longer (and shorter) terms being offered too.

The rates on offer will differ so, for example, a 2 year fixed rate is often cheaper than a longer 3 or 5-year scheme.

The longer period scheme can often also have higher early repayment charges to come out of it, although by nature it will also give a greater period of stability and reassurance that the mortgage will not be affected by interest rate fluctuations for a lengthened period.

If you have any questions on fixed rate home loans, contact us today to find out further information about fixed term mortgages.

Capped rates are sometimes offered in conjunction with tracker schemes. A capped rate is essentially where, for a specified period, the interest rate charges will not rise above a specific rate ‘The Cap’.

The benefit of a capped rate mortgage is that it can give you the best of both worlds i.e. a pay rate that can reduce if interest rates fall but the certainty, for a specified period, that it will not rise above a certain level too.

It is important to note that some capped rates will also have ‘collars’, effectively a minimum rate that will be charged (the rate you pay can only reduce to a certain level).

Capped rates are not a common scheme and can have a slightly higher pay rate than an equivalent fixed rate.

These charges are often expressed as a percentage of the loan being repaid and as such can run into thousands of pounds.

This is one aspect we will cover with you when shopping around for a suitable scheme. 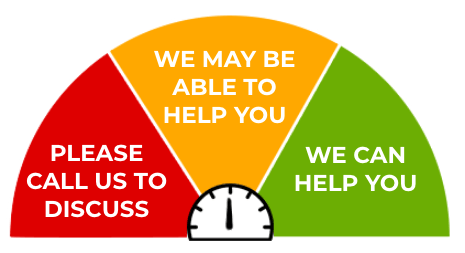